The most widely used common definition of sustainability was a result of a United Nations (UN) conference, and report published in 1987. In a report, the UN defined sustainable development as “development that meets the needs of the present without compromising the ability of future generations to meet their own needs.”

Here is the reference to the most widely used sustainability definition:  Our Common Future: Report of the World Commission on Environment and Development (United Nations, 1987), www.un-documents.net/ocf-02.htm

This report was a result of 4 years of work by the Brundtland Commission, whos chairperson Gro Harlem Brundtland, was appointed by United Nations leader Javier Pérez de Cuéllar in 1983. Brundtland was a former Prime Minister of NOrway and former Director-General of World Health Organization.

This definition is widely used, but also criticised for being too business focused because it primarily focuses on economic development within loosely defined needs, rather than focusing on environmental conservation. Critics say that this definition is too widely quoted and not a true representation of sustainability ideals because it doesn’t breach the gap between environmental protection and economic growth and gives more weight to economic development at the cost of the earth’s environment.

Beginning of Sustainability in America

Many years before the prior to the United Nations publishing the Brundtland report on Sustainability, the United States Environmental Protection Agency established the National Environmental Policy Act of 1969, which built the foundation for current and future policies to grow from. The National Environmental Policy Act was ahead of the international community in declaring the beginnings of modern United States environmental policies. The definition at that time of sustainability was to “to create and maintain conditions under which humans and nature can exist in productive harmony, that permit fulfilling the social, economic and other requirements of present and future generations.”

The reference for the introduction to the NEPA and how it started to define sustainability in the United States of America can be found here:

The National Environmental Policy Act was officially signed into law in January 1970. This act actually requires federal agencies to research and determine the environmental consequences of federal actions prior to starting any economic development projects.

Areas influenced by this act are: All land management and development, permits and development applications, as well as publicly-owned construction and federal highways.

In addition to doing their own research and making evaluations, the federal agencies governed by this act also provide opportunities for the public to comment on proposed development projects during the evaluation process.

More information about the National Environmental Policy Act can be found here:

The most recent definition of sustainability is one of four cross-agency strategies in EPA’s Strategic Plan for FY 2014-2018.  This strategy commits EPA to integrating sustainability into the Agency’s day-to-day operations by routinely considering the following principles in decisions and actions, as appropriate:

Some more references and sources can be found here:

Dresner, S. 2008. ‘From Rio to Kyoto and later disappointments’. In Dresner, S. The  Principles of Sustainability. 41-53. London; Sterling, VA: Earthscan.

Jacobs, M. 1999. ‘Sustainable Development as a Contested Concept’. In

Meadows, D.H., Meadows, D.L., Randers, J. and Behrens, W.W. 1972. ‘Introduction’ and ‘The nature of exponential growth’. In The Limits to Growth: a report for the Club of  Rome’s Project on the Predicament of Mankind. 17-44. London: Pan Books. World Commission on Economic Development (WCED). 1987.

Please help me pay for college 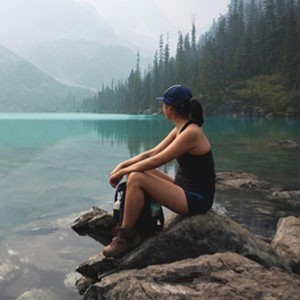 Hello! I'm a sustainability student from Portland. I'm currently researching sustainability and am excited to be sharing my first blog all about sustainability concepts, methods, examples, and experiences. Once I graduate (and pay off my student loans), I hope to be a positive force in the world by implementing solutions to our sustainability challenges across the globe.